Dare To Be Derek

The Unfolding Story of Derek Collard 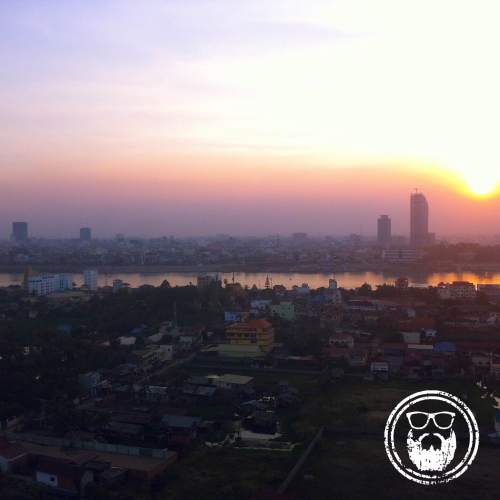 Once a site of great art and education, Phnom Penh has lost much of what once existed. As the largest city in the nation of Cambodia, there are many amazing things happening and there is still much culture, but much of what once was is long gone, destroyed by the Khmer Rouge in 1975. Overrun with greedy and corrupt politicians, Phnom Penh has unfortunately become better known for its less than exemplary activities than anything else. In spite of all of these things, Phnom Penh is a place that I will always consider to be home. I first lived there in 2009 for about six months and despite it being an extremely challenging experience, I grew more than I could truly explain in these words. In 2009 I lived in Phnom Penh, but it wasn’t until 2012 that it truly became my home.

In 2009 when I moved back to America, to (in my mind) start a family and pursue the things that I thought I wanted, life seemed to kind of fall apart. Within three months of moving back to America, the relationship that I was in ended, the internship that I had at the church that had meant so much to me wasn’t all that I thought it would be and nobody could fully understand what I had just been through. It is a curious thing to leave a place that you love and to return not knowing where you fit. Add to all of this the fact that I felt inextricably pulled back to the place that I had sworn off ever going again. I couldn’t worship without feeling the tug of Cambodia, I would meet with people and talk to them about following the call of God and know that I was preaching just as much to myself as I was to them. In 2011 I made the decision to move back to Cambodia, not knowing what adventure might await me, just feeling the pull of the Lord.

So in 2012 I moved my whole life to Phnom Penh, and I would live there for the better part of the next two years. Moving across the world was a big adjustment, but I loved it. Learning a new language, meeting new people, all while spending time with people that I had become friends with in 2009, this was the dream. In a huge city like Phnom Penh, there are constantly new things to draw in your interest. New restaurants, new shopping centers, new entertainment opportunities, the city is always expanding and growing. In 2009 the only way that you could see new movies was through buying bootlegged copies in the marketplaces, but in 2012 there were 2 movie theaters that were open with competitive release dates to those in America.

There are so many adventures to be had in the city of Phnom Penh and I could probably write multiple posts about it (and I still might), but for now, I will give you the highlight must sees in the city! I hope that if you ever make your way to my old home, you will find your way to some of these wonderful places!

One of the best adventures that I had was not just a day trip, or a location in the city, but it was the work that I did while I lived in Cambodia. The project that I was a part of is called Punlok Thmey Tours and it was such a life changing and worthwhile endeavor. Those guys became family to me and I am so blessed to have had the opportunity to work with them and grow with them. They do a really great tour of the city, not just showing people the sad sights of the Khmer history, but also shedding light on what it means to be Khmer today and telling guests of the things they have to be proud of. It was an honor to work on the creation of this project and I will be forever grateful to Alli Mellon, director of The Hard Places Community for believing in me and my vision.

Sometimes in the midst of the adventure, you lose sight of the fact that you are even living adventurously. The day to day minutiae can overwhelm your sight and you begin to think that your adventure is just boring. While I lived in Phnom Penh life became really normal, I had places that I would get my hair cut, I had people who I would ride with, I had restaurants that I would eat at all the time. But in hindsight, all of it was so teeming with wildness that I had assimilated to and I only needed new eyes to see.